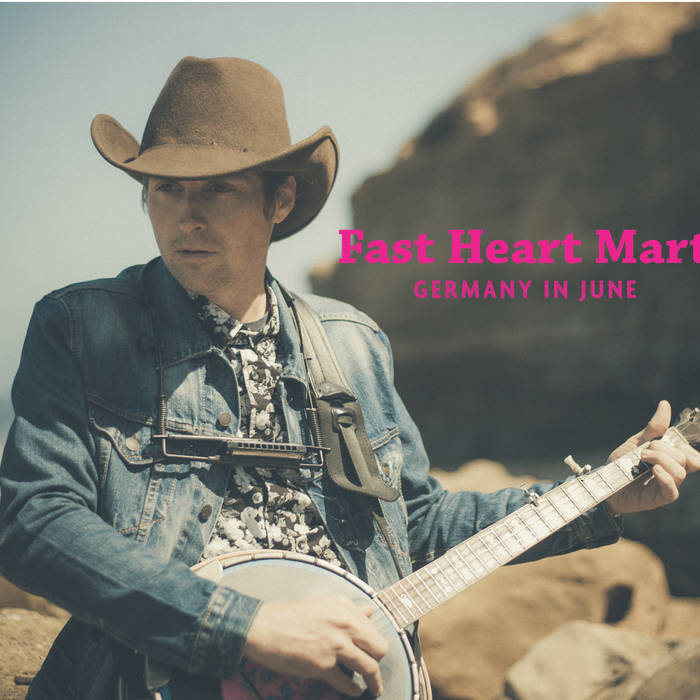 Fast Heart Mart recorded this album of songs in his kitchen on April 24th 2016 in 3 hours. This album is really bringing it all back home to the beginning of folk music field recordings when the musician would simply play in whatever place was available, be it a proper recording studio, a church or in their living room. No overdubbing. No synthetic reverb of any kind. No more than 3 attempts at capturing any particular song. If the song doesn’t come out good after 3 takes, then perhaps the song does not want to be recorded and the artist moves on to the next.

This album is an intimate glimpse into the artist known as Fast Heart Mart in his current 2016 state, with all his humanness showing for the world to hear. Fast Heart Mart has been performing publicly since 1999 and this is the batch of songs that is currently making up his repertoire. No band is backing him up on this recording as no band will be backing him up on his tour through Germany and Europe in 2016.

Fast Heart Mart would like to thank the Infinite Power for making all that is. His parents Gene and Cherie Stamper for being the best parents a man could ever have. And all his friends and fans for the years and years of support, especially for donating to the Germany 2016 tour. Y'all make it all posse'-ball :)