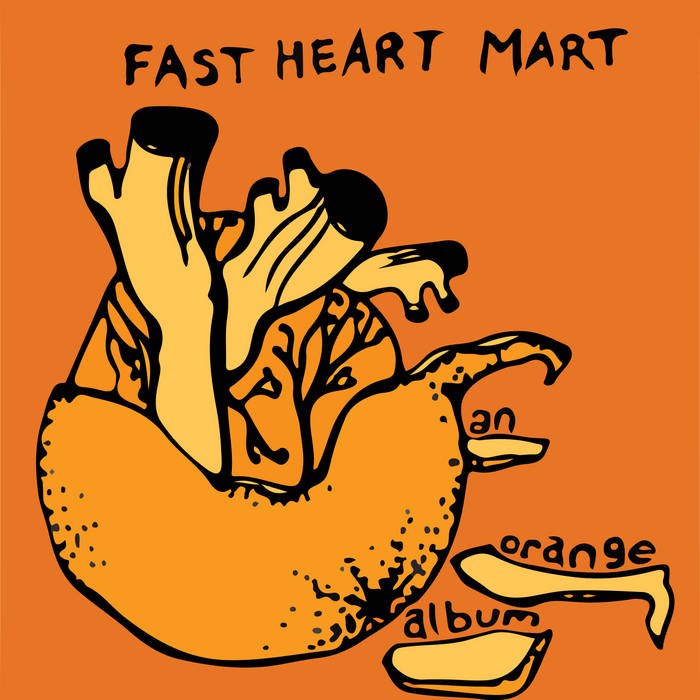 This album was recorded in Albuquerque New Mexico in 2005 and 2006. It's the second experiment at seeing how stripped down a rock band can get. In comparison to the "Red Record" before this, "An Orange Album" is even more stripped down in that there is no bass guitar on this album at all! Just the two voices of "Fast Heart" Martin Stamper and Roblyn Crawford accompanied by an acoustic guitar, snare drum, hi-hat, and a tiny splash cymbal. Why strip down so much? For playing on the street. Imagine if the "Violent Femmes" had no bass player and Gordon Gano played harmonica and taught his Pippy Longstocking how to play the drums.

[AOAV] = An Orange Album Version. This song appears in other forms and versions on other Fast Heart Mart albums.