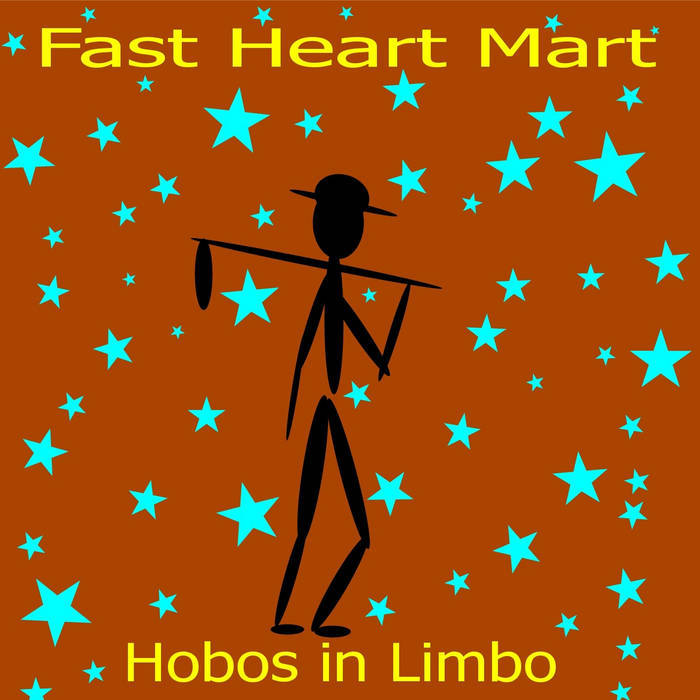 The second official Fast Heart Mart album. This was recorded in Albuquerque New Mexico in the spring of 2002. I paid the "record label" a pretty good chunk of money to make this record and somehow that money was reportedly embezzled for drugs and never seen by the studio musicians or producer. Well, that's rock and roll for you!

I feel like the performances and the songs are pretty good. Even the tones and the mixing are pretty good. However, I think it's the mastering that makes the sound quality of this record very lo-fi and unbearable at times . Please BUY AT YOUR OWN RISK!!! I am not responsible for any blown speakers, broken glass or imploded ear drums caused by listening to this record.

My favorite track on here is "Remote Controller".

[HILV] = Hobos in Limbo Version. This track has been released in various incarnations and versions elsewhere on other albums etc..

All songs recorded at "The Red Door" in Albuquerque, NM by Jeffrey Richards, except "Stardust" which was recorded by "Fast Heart" Martin at his house.

All songs written by "Fast Heart" Martin Stamper except "Shady Soul" and "The Cuckoo" which are public domain.