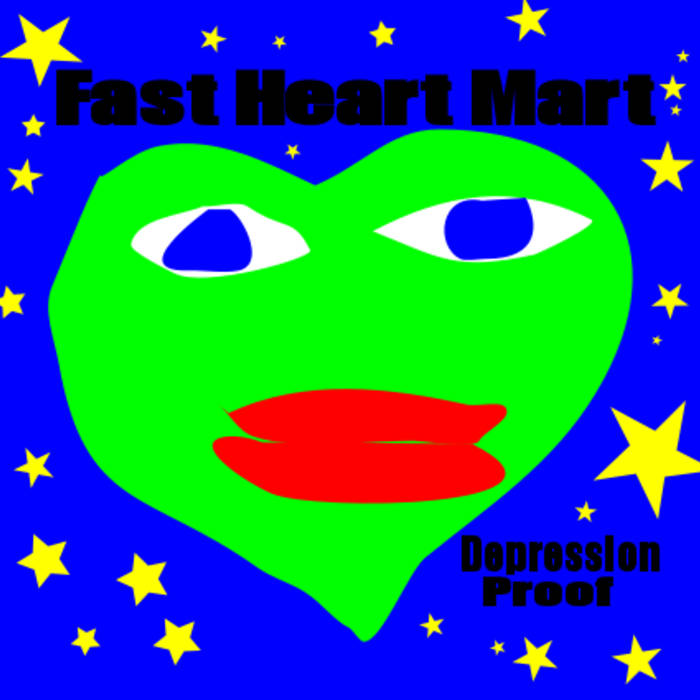 I have to admit that I was going through a very tough time in my life when I made this album. I was learning to play the banjo. I wrote tons of songs in this period, but only a few were presentable. Tracks 1-4 and tracks are the only new songs I released for the year that this album came out. The rest are remastered rehashes from previous albums. I was in a state of confusion and I doubled vocals a lot...probably out of insecurity. Still, some fans think the version of "San Francisco" here is very well done. I recommend not to buying this whole album. Just single tracks that you may like. Or just listen to them without buying. I released this record before embarking on a cross country tour in 2010 as a sort of "best of Fast Heart Mart" for any new fans who just wanted to buy one album.

[DPV]= Depression Proof Version. Some of these songs appear on other albums as different recordings and versions.

***"Garden of Eden" is also known as "I'm an Alien and I want to Go Home Pt. 2" as heard on the Fast Heart Mart and the Stompers "Awkwrdquan" album.

Carbird** [DPV] = this version of Carbird is the same as the version on the Fast Heart Mart album "Cheap and Sunny", except it has been remastered here.

****Stripper Song [DPV] = this version is the same one as found on the Fast Heart Mart album "The Red Record" except it has been remastered here.

Movie Theater *****[DPV]= this is the same version of "Movie Theatre" found on the previous Fast Heart Mart album "The Red Record". It is remastered here.